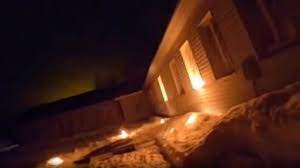 There are reports of new partisan attacks against military recruitment centers. Unfortunately, all the information we have now is given with references to cops’ channels.

On March 2 in the evening in Voronezh, near house #47 on 9th Yanvarya street an unknown person smashed a glass can with flammable liquid against the front door of the military registration and enlistment office for two city districts, after which he set fire and fled. The fire damaged part of the door, there were no victims. The partisan managed to escape. Unfortunately, the alleged arsonist’s face was caught on video surveillance cameras and the police are now trying to identify him.

On March 13, 2022, another arson was reported. According to the cops, a 25-year-old shop assistant of a computer store, protesting against sending conscripts to Ukraine, threw Molotovs into the door of the military registration and enlistment office building on Revolutsionnaya Street around 5 AM (the name of the settlement is not given, we understand it is Berezovsky). Unfortunately, the arsonist was detained and charged with attempted murder, since the watchman was in the building at the time. The watchman was not injured.

Meanwhile, details of the arsonist’s escape from the military enlistment office in Lukhovitsy have become known. The journalists of “MK” report that after 21-year-old local resident Kirill set fire to the military registration and enlistment office on the night of February 28, he got rid of his phone and did not get in touch with his family. It was not until March 8 that he was detained on the border of Belarus and Lithuania. The arsonist was urgently extradited and taken to the Department of Internal Affairs of Russia in Lukhovitsy. Kirill explained to the police that he intended to go to the territory of Ukraine, where the Russian Federation was conducting “a special operation”. A criminal case was initiated against him under the Criminal Code Article “Vandalism”.

On March 13, early in the morning he asked permission to go to the toilet. The man was uncuffed and after the toilet he was escorted to the criminal investigation office. From there, taking advantage of the delayed staff, Kirill jumped out the window and ran away. He managed to climb over a three-meter fence with wire and headed in the direction of the M5 highway. Currently, the fugitive’s trace was found in the woods towards Kolomna. 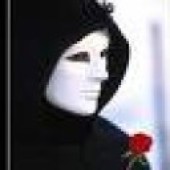